​​​​​​Preamble
This society is a 501.c.3 non-profit incorporated organization offering enjoyment to lovers of jazz music by means of live performances and special programs. In addition, the society supports the future of the genre by offering performance opportunities to area music groups.

Society Mission
The mission of Juvae Jazz Society is to promote interest in jazz music across multiple generations, to actively engage a new generation in the Societies efforts, and to achieve personal fulfillment in producing a financially viable annual Central Illinois Jazz Festival.

We will achieve this by creating over the next four years a comprehensive written Festival Planning Guide for current and future use, by attaining and maintaining adequate financial resources to retire annual festival expenses, by contributing instrument rental offsetting funds on an annual basis to area schools, by attracting younger enthusiasts to our festival via successful marketing strategies and hiring musicians with a proven record in attracting younger audiences, developing a list of well qualified successors to our board, and by building a festival reserve fund.

​Membership
Active membership, upon payment of dues, shall confer voting rights and eligibility to serve on committees, the Board of Directors, and to hold office. It shall also include receiving all club publications and general informational e-mails. Membership shall be on an annual basis, April 1 of the current year to March 31 of the following year, upon payment of proper dues to the Society Treasurer. This society will not discriminate against any person on the basis of race, color, sex, religion, national origin, age, or any other discriminatory practice.

The annual dues shall be $25 per person, payable on or before April 1 of the current year to the Society Treasurer. Upon payment, a membership card will be forwarded at the direction of the Society Treasurer. The dues amount may be changed upon approval by the Board of Directors. The membership term of new members joining after October 1 will include the coming year as well as the remainder of the current year. Where a second adult individual resides in the member’s domicile of record, that person shall be allowed to join the Society for a remittance of $10 per year.

The Board of Directors shall be the policy making body of the society. It shall be composed of at least the following: four elected directors, four officers (president, vice-president, secretary and treasurer), the two immediate past presidents, and during the
term of their appointment, the Festival Director and Events Coordinator. Additional directors may be elected from time to time as determined by needs of the board. The board’s decision in all matters is final and shall be by simple majority vote. The Board
of Directors shall meet at least four times a year. When the entire Board is not present at a called meeting, the voting members present shall constitute a quorum. Voting in quorum format requires not less than half of the votes present for an approval.
Directors shall be elected to a two-year term at the annual meeting. All directors may be re-elected. Incumbent directors may also serve in concurrent positions, such as Events Coordinator. No officer or recognized agent of the Society shall enter into a contract or execute and deliver an instrument in the name of and on behalf of the Society without prior Board approval. Time limited standing Board approval may be granted for specific itemized functions such as equipment and band contracting for a specific event.

Officers and duties are:

President: shall be the official leader of the Society for the fiscal year in which elected (April 1-March 31); shall serve as presiding officer at Society meetings; shall serve as the Chairman of the Board of Directors. The President shall have authority to sign
documents as authorized by the Board, to represent the Society in all matters and to sign checks in the absence or incapacity of the Treasurer. The President may hold a credit card in the name of the Society.

Vice-President: shall serve as presiding officer in the absence of the President at regular and Board of Director meetings; shall arrange all meetings and meeting places. The Vice-President may hold a credit card in the name of the Society.

Secretary: shall keep the minutes of Society Board and Membership meetings; shall maintain the roster of Society members by cooperation with the Membership Chairperson, and in conjunction with the Treasurer shall assure compliance with federal
and state rules and regulations. The Secretary may delegate Membership duties to a Membership Committee and may seek assistance from other officers or professionals in carrying out legal duties. The Secretary shall have the authority of sign the Society’s checks in the absence of the Treasurer. The Secretary may hold a credit card in the name of the Society. The accounts of the Secretary will be audited at least annually by an Audit Committee appointed by the Board of Directors, or by such other authority as found acceptable to the Audit Committee including but not limited to a CPA capable of auditing the Society’s
financial records. If bonding is required by the Board of Directors, such cost shall be paid by the Society.

The accounts of the Treasurer will be audited at least annually by an Audit Committee appointed by the Board of Directors, or by such other authority as found acceptable to the Audit Committee including but not limited to a CPA capable of auditing the Society’s financial records. If bonding is required by the Board of Directors, such cost shall be paid by the Society.

The Annual Meeting of the Society shall be held the first Sunday of April each year. The Board of Directors reserves the right to move the annual meeting within two weeks either side of the April date to avoid conflicts with other activities such as moveable date holidays. The annual meeting shall be open to the public. All members in good standing shall be eligible to vote on all matters to come before them including election of officers. An annual report will be made by the President. A majority of the members present and entitled to vote shall constitute a quorum.

A Membership Chairperson shall be appointed by the President to promote membership in the Society, maintain a list of members in good standing and to provide membership cards to the same, working with the Society Secretary as needed. The Chairperson is to provide a report for the Board of Directors at the annual meeting and at other times if requested.

A Festival Director shall be appointed by the Board of Directors. Such person will plan and control all events related to the Central Illinois Jazz Festival (CIJF) as sponsored by the Society, including but not limited to on-site research at other festivals, hiring bands and special guests, making overnight arrangements as needed, booking airfares and shuttle transportation as needed, arrange to contract the sound system provider, supervise the production of publicity and program materials, and soliciting equipment needs such as pianos. The Festival Director will choose committee members as needed and delegate some CIJF activities to same. The Festival Director shall have the authority to negotiate and sign contracts on behalf of the Society as required for presentation of the CIJF, following Board of Director approval of the overall plan. The Festival Director may hold a credit card in the name of the Society and will serve as a voting member of the Board of Directors for the duration of the appointment.

The Events Coordinator shall be appointed by the Board of Directors. Such person will provide the ancillary services necessary to stage single day events, such as three hour afternoon concerts. Such services include staffing of the door monitors, door ticket sales, band hosts, arranging for table decorations, placing flyers on tables, display of FOR SALE items, and other such items as needed for a successful event, including dismantling for storage of the preparations at the conclusion of the event. The Events
Coordinator will serve as a voting member of the Board of Directions for the duration of the appointment.

Other Committees
Committee Chairpersons not designated by these bylaws shall be named by the President as needed to meet the needs of the Society. Such Chairpersons shall choose their committee members.

The Editor of the Society publications shall be appointed by the President. The Editor has the responsibility of publishing informational letters on the activities of the Society on a quarterly basis. The informational letters will be sent to all members in good standing using any available means, including but not limited to general e-mail broadcast with hard copies mailed via USPS to those members not having e-mail access. Maintenance of member addresses and e-mail addresses is a responsibility of the Membership Chairperson working in conjunction with the Society secretary. Where advertising of events to be publicized would be intended to serve a limited area, the Secretary may elect to provide a modified mailing list to reduce postage costs.

The Board of Directors may from time to time recommend the adoption, amendment or repeal of any portion of these bylaws (with the exception of the Preamble) to the Membership. Action on the Board’s recommendations will take place at the Annual
Meeting by majority vote unless an alternative time is deemed advisable by the Board of Directors. 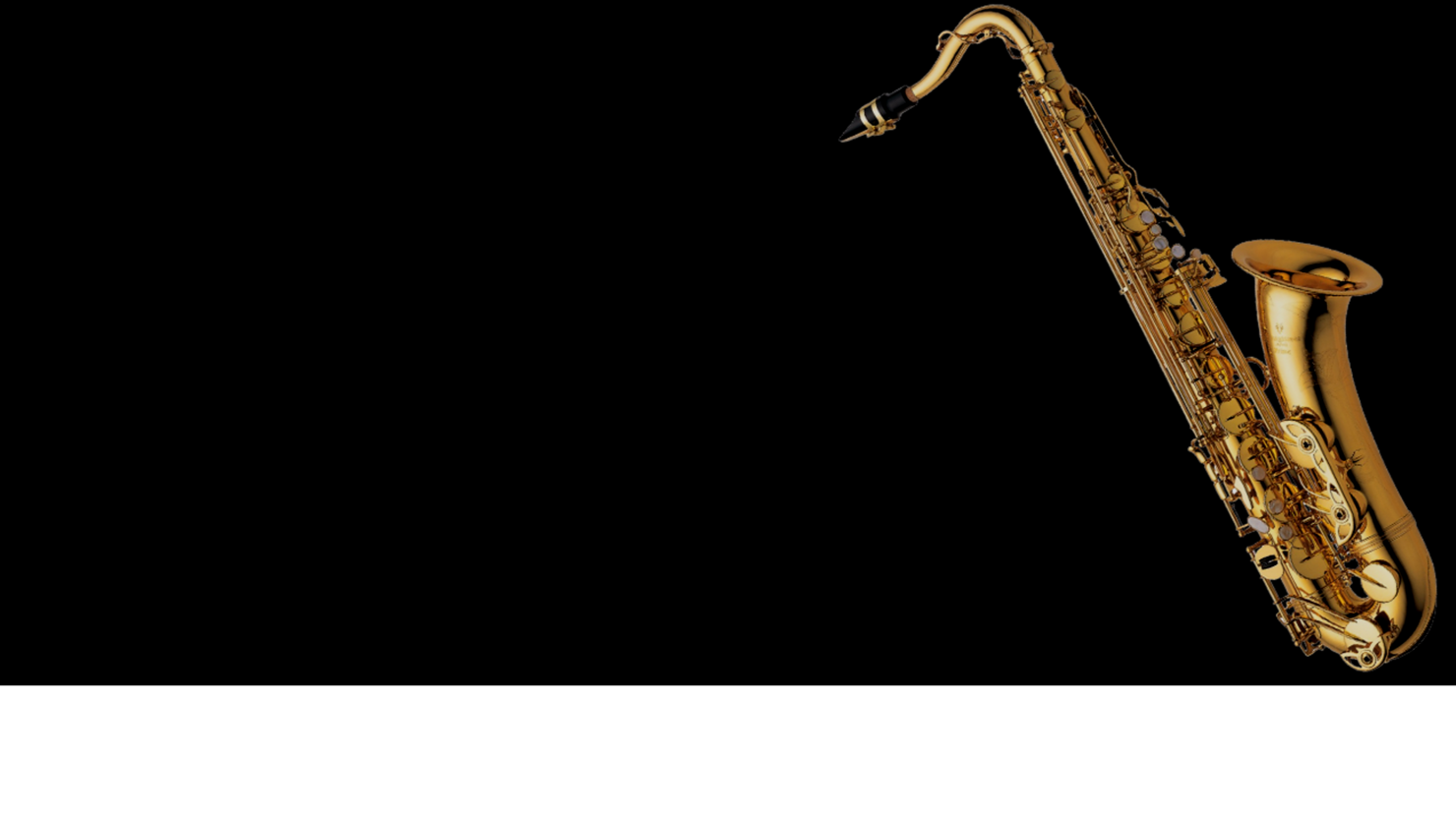 References made to CIJF have been retained although CIJF is currently on hiatus.

A by-law revision to reflect the current support effort for DPS61 is in process.